The first guess of the breaker is the root node. After getting a feedback, it goes down to the corresponding child node and emits the next guess. It stops when it gets the winning feedback. So for a given code c, the game is described by a path starting at the root, following the corresponding feedback edges at each node and finishing at c. We will call this path a game path for c. 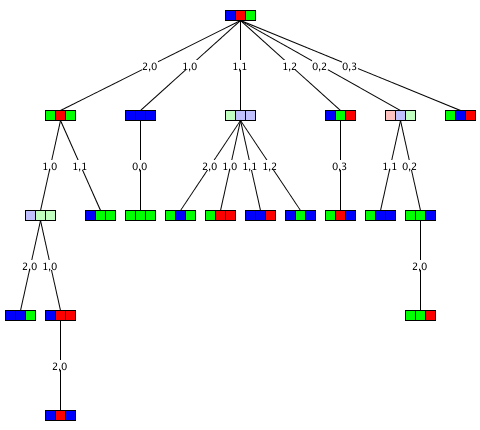 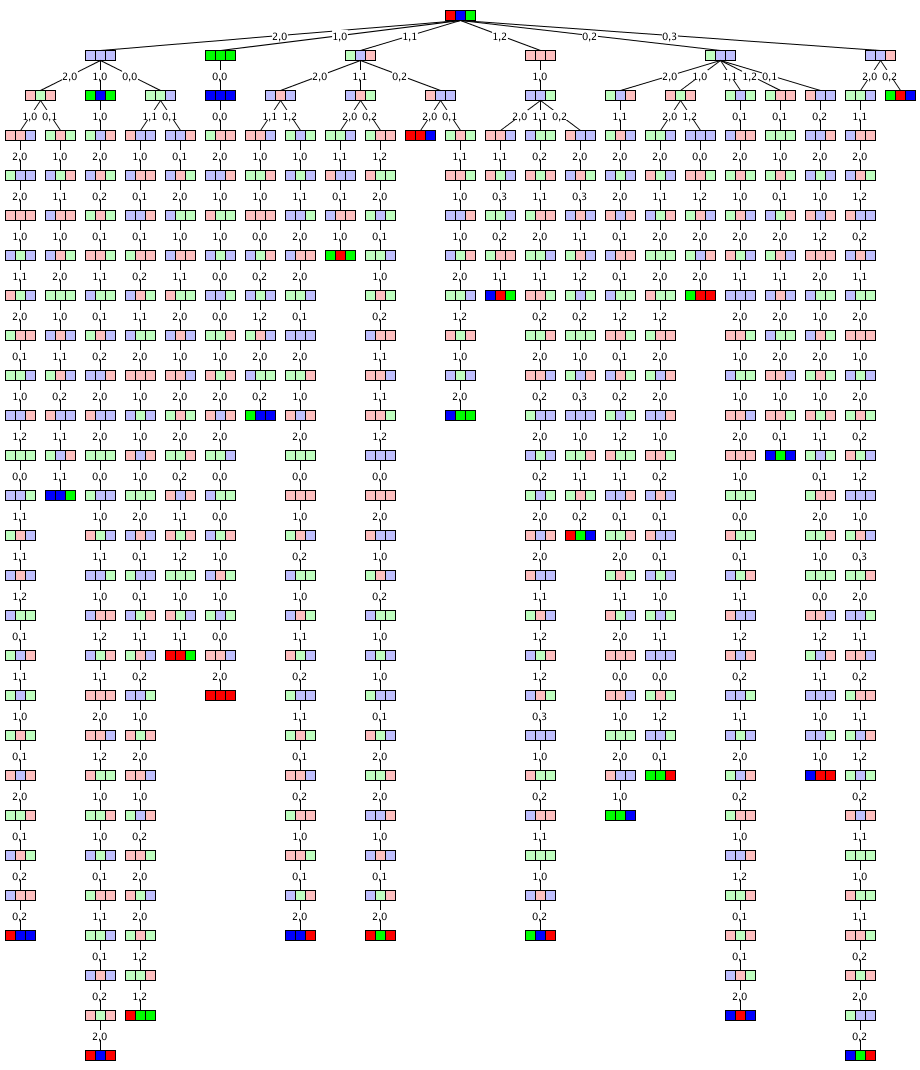 However, there is an obvious way to significantly reduce their height. Notice the long paths without branches consisting of many wrong guesses followed by the right one. Consider for example the leftmost one starting at RRB and finishing at RBB. These paths correspond to situations where there is only one code consistent with the previous guesses. We can shrink each path of this kind to a single node:

There is another way to optimize the structure of our trees. A common pattern is a triangle formed by a non terminal node with two leaf children. There are seven of them in the picture above, rooted (from left to right) in RGR, GGB, BRB, BRG, RBB, RGR and BBR. These triangles can be transformed as follows: 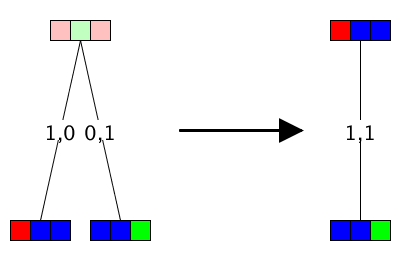 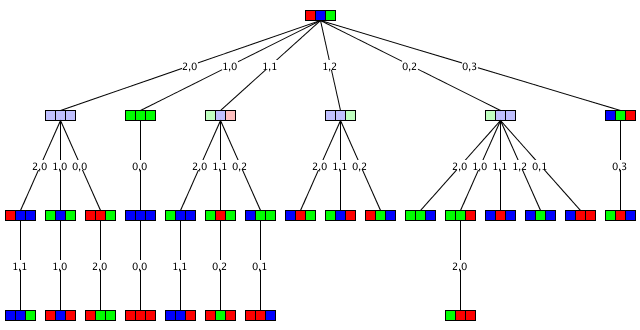 We will use this average as a measure of the fitness of a player.

The table below shows the fitness of a randomly generated population of 1000 individuals for different types of games. For comparison we give also the fitness of exhaustive players.

The fitness of our population is much worse than the fitness of the exhaustive players but this is not surprising. The next step is to evolve them and to obtain better fitness.

Tree generation is implemented in the class Node and in its wrapper class Breaker. Playing a game for a given code is implemented in followPath() and buildPath() methods. Using the characteristic vector of the used codes in the first phase and the list of unused codes in the second phase, a game is played in O(M) time. Thus the tree is constructed in O(M^2) time. The post-processing takes place in shrink() and triangleOpt() methods. The sketch random_breaker generates and draws a random breaker at each mouse click. The sketch random_population computes the data for the table above.